Millennials comprise the largest generation of eligible voters this fall. Nearly half of Millennials refuse to identify themselves as Republican or Democrat, but the majority of Millennials are planning to vote for Hillary Clinton on Nov. 8.

Will the GOP be able to recover the Millennial vote before 2020?

Representing 31 percent of the electorate (more than 69 million eligible voters), Millennials are more likely than older voters to favor strong communities, look for collaborative solutions and trust the government. Millennials willingly accept many social trends that some older voters may find threatening, and are more likely than older generations to be optimistic about America's long-term future.

The reality is that the Republican Party has lost the Millennial vote in 2016. “Millennials back Hillary Clinton over Donald Trump by more than 3-1, a new USA TODAY/Rock the Vote Poll finds, but enthusiasm about voting is dipping as a sharply negative campaign enters its final weeks,” USA Today reported this week.

Recovery by 2020 is still possible, but only if the GOP changes the party narrative and resolves its current identity crisis. Some Republican leaders argue Millennials agree with the GOP on certain issues and an appeal more toward individualism and away from divisive social issues will bring Millennials back into the Republican fold.

However, some argue this change is more of a fundamental shift in values. A 2015 Pew report revealed Millennials who identify themselves as Republicans are less conservative than GOP members of older generations.

For a more in-depth look at the Millennials and the GOP — and how Republicans can reconnect with this generation — download 'The Millennial Generation: Who They Are and How the GOP Can Connect with Them” below by providing your email address.

How to Coach Goal-Oriented Millennial Employees 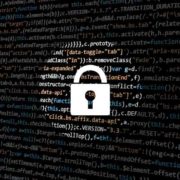 Busting Myths: Generation Z is Taking Over the Workforce

What is A Generation Anyways?