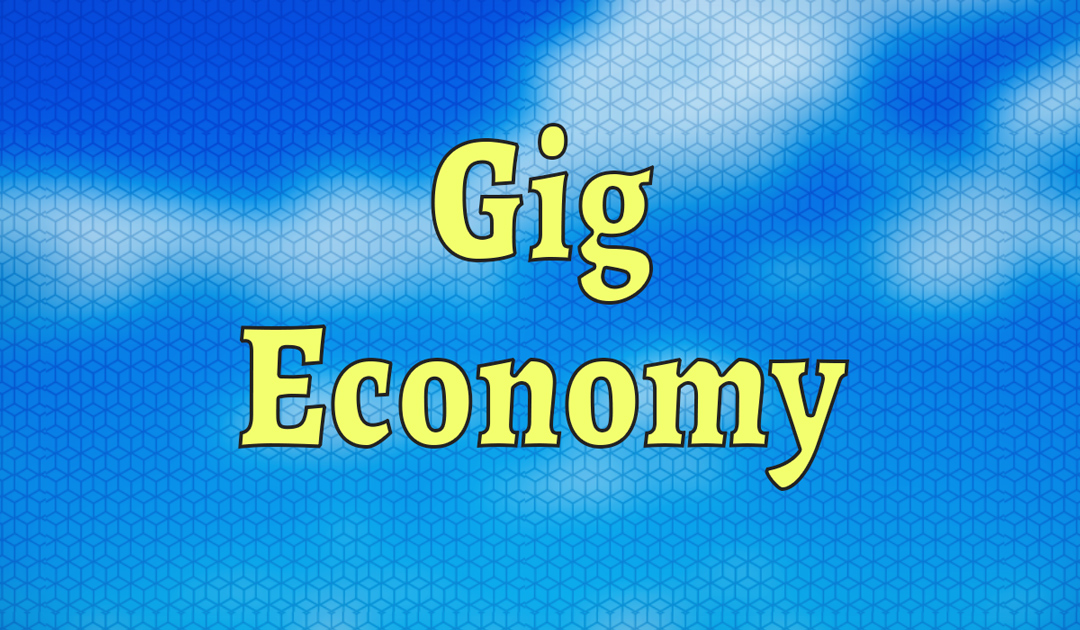 More than one-third of Millennials don’t have a “traditional,” full-time, 9-to-5 job with benefits. Instead, this generation is leading the rise of the “gig economy”. In this new post-recession environment, Millennials are trying to make ends meet and build a career through a variety of freelance and part-time contract jobs.

The term “gig economy” was first coined in reference to the days of 1920s jazz music, where musicians hopped from gig to gig, backing up singers and bands whenever they could to afford to keep playing music and stay on the road traveling. Today, it’s not just musicians performing gigs.

The Great Recession in the early 2000s occurred just as many Millennials were attempting to enter the workforce, which meant dismal job prospects and the delayed launch of Millennials’ careers. “The result has been a sizable population with no choice but to turn to whatever ‘gig’ comes their way in order to make ends meet,” according to a 2015 Fischer Phillips/Pew Research Center report.

A tiny bright-spot for Millennials was the passage of the Affordable Care Act, passed in 2010. This allowed Millennials to stay on their parents’ health plans till age 26. Sure, this is nice, but most Millennials would rather have a full time job and their own insurance, thank you very much.

Technology has also played a role in elevating the gig economy. Mobile connections and wifi have untethered workers from their desks, while social media and project management systems like Slack and Asana, online time tracking and remote desktops have made it easier to stay connected from afar. Combined with the growth of relatively new job markets like Upwork and Contently, which cater to freelancers and contract workers, it’s easier than even for Millennials to find remote work and be productive from anywhere. Millennials are quick adopters of new technology and are used to working from non-traditional offices and working on their own schedule.

Finally, for some Millennials, the lifestyle that a gig provides fits a type of lifestyle preference. Millennials famously value flexibility in their schedule and work environment — two things that gig economy jobs can provide. According to Millennials, the perks of being a full-time freelancer or relying on a series of contract jobs include freedom and independence that they believe a more traditional job may not provide, gaining a wide diversity of experience, having more chances to learn new skills on the job.

Despite the short-term benefits that a gig-job provides, most Millennials, given a choice, would rather have a full-time job with a salary, benefits, and an employer that invests in their personal and professional development. In fact, Millennials are more likely to prefer one employer that provides these benefits than start over every time with a new employer or gig. But for now, out of necessity, many Millennials are embracing the gig.

How Do I Get My Millennials to Engage More In Person?

How to Coach Goal-Oriented Millennial Employees

Top four reasons that Millennials are leaving their "dream jobs"

How to Coach Goal-Oriented Millennial Employees
Scroll to top