Recent “data leakers” are all Millennials.

In last week’s blog post Millennials: Full Disclosure or Bust I reasoned that it was no coincidence that three high profile “data leakers” (Snowden, Manning, Swartz) were all Millennials. Now along comes Pew Research with a new poll working in conjunction with USA Today that clarifies once and for all the dramatic attitudinal differences between Millennials and older generations on the contentious topic of technology transparency.

According to Pew, 60% of Millennials think that Edward Snowden’s release of NSA classified data serves the public interest, while less than a majority (46%) of older generations believe this. Among those over 65, only 36% are in agreement. Equally as interesting, Obama’s approval ratings have been nose-diving (64% approval in April vs. 54% in June) for the younger generation over the past couple of weeks, in part, I believe, because of this transparency issue. The IRS scandal and now the NSA leaks have been a wake-up call for Millennials that our leaders (especially those over 50) — whether Republicans or Democrats– are all the same when it comes to sequestering information intended for the public.

What’s a leader to do?

It is important to realize that when it comes to Millennials, their formative years with technology are something us older folks have never experienced. And this experience has shaped their attitudes– probably permanently. In other words, this is an attitude that they will not “grow out of.” This is not a “young person thing.” This is not something they will learn their way out of. This is for keeps.

For them, technology has always been free and always been transparent. Millennials don’t like double standards. They grew up with Barney, the community-minded purple dinosaur that put sharing and fairness at the top of his to-do list. If they are going to share all of their secrets (Facebook, Twitter, Instagram), they expect everybody to share their secrets as well. Quid pro quo.

If you are in HR, I would recommend arranging some professionally-facilitated focus groups around this topic with your Millennial population. Find out what’s on their minds. It is better to hit off a potential problem before you get whacked like the U.S government did. And don’t expect the whacking to stop anytime soon. This is the tip of the iceberg.

My parting words of action: Don’t get whacked. Get smart about Millennials now.

An Embarrassing Millennial Moment for Kronos 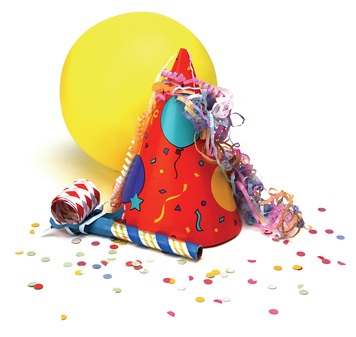 The Millennial Footprint on Media and Entertainment

Coaching is the New Managing For Millennials

Hiring Millennials: 5 Questions to Ask a Millennial Job Candidate, and the Answers that May Surprise You

Millennials: Full Disclosure or Bust Quantified Self: A Movement Built by GenXers, Adored by Millennials
Scroll to top