We’ve heard the refrain many times in the last couple of years– young adults are launching their careers later since the Great Recession of 2007-2008. While graduation rates and test scores go up, the ability to secure employment has gone in the opposite direction. According to a new Study from Georgetown University’s Center on Education and the Workforce, called “Failure to Launch: Structural Shifts, and the New Lost Generation“, Millennials are far less likely than previous U.S generations to be employed, and when they do become employed, their wages are lower. The study also points out the gender disparity, a disturbing trend that looks bleak for young males graduating from college.

Among the highlights related to gender differences:

1. Millennials, especially Millennial males, are taking longer to launch their careers. From the period 1980 through 2012, the age at which young adults reached the median wage increased from 26 to 30 years old. Meanwhile, older workers’ relative earnings are much higher over that same period of time. Good for Baby Boomers, bad for Millennials.

2. While young women have seen substantial growth in labor force attachment over the past three decades, coinciding with their enormous growth in post-secondary enrollment and educational attainment, young men’s labor force growth has gone down. Young men experienced the greatest declines in workforce participation and employment. Employment rate declined from 84% in 2000 to 72% in 2012.

The authors of the report offer some suggestions on how to reverse the trend, focusing on investing in training and education programs for the young. But in today’s rancorous political environment, the likelihood of public sector investments in educational programs is not likely. This, combined with continuing economic malaise, we may be looking at one of the most fundamental shifts in employment trends in U.S. history– a long-term downward trend.

Is there a silver lining? The report points to three positive trends: “While the situation may look dire for today’s generation of young adults, there are several reasons for optimism. First, Millennials themselves are the most optimistic generation: 88 percent of 18- to 34-year-olds think they either have, or will have, enough money in the future to achieve their long-term financial goals.” Second, Millennials are the most-educated generation: 60 percent of women have attained at least some college credit, compared to 52 percent of women from Generation X and 34 percent of baby boomers at the same ages. Third, despite troubling trends in the labor market and changing sociocultural norms, Millennials’ median household income remains the highest of any generation at similar ages.”

This may not be solace for a 20-something who is working two part part time jobs, living in his parent’s basement’ however. We clearly have some work to do. 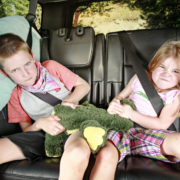 The GenXer’s Guide to Communicating with Millennials

How Reverse Mentoring Can Benefit Millennials and their Managers 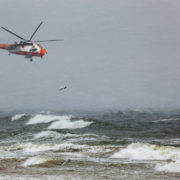 Quantified Self: A Movement Built by GenXers, Adored by Millennials

How Do I Get My Millennials to Engage More In Person?

Millennials: We Suck and We're Sorry Top four reasons that Millennials are leaving their “dream jobs”...
Scroll to top